What a ( confusing) Year! 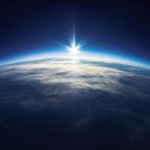 Personally, politically, privately and publically. What a year! What a brilliant, bloody, bastard of a year.

We all have stories to tell, memories we will never forget, grief that has not yet healed, plans that blossomed and plans that were crushed. This leap year created new Olympians and destroyed unimaginable potential in the loss of life through war, terror, hunger, inattention, mis-management, and one of the fastest growing maladies in the western world, distraction. 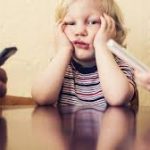 Who can honestly say they are mindful and focused and present at least 80% of the time? If you have a smart phone, (that is permanently on) and use the computer (with the internet on) I would venture to say very few people are present even 5% of the time. This of course excludes the normal run of the mill worrying, surviving, complaining, gossiping, blaming, comparing and ladder climbing we subject ourselves to (occasionally).

And if you are being living mindfully, how comfortable are you with people who distract themselves in your presence by answering the phone, sending (just this one) SMS, seeming not to hear one word you just said or hear only the last three words.

“What? When? Who just died?

” Have you been listening to me?” 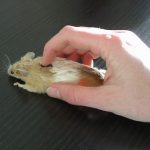 “Just put in a new battery!”

“OMG. This is crazy. Emily, my three-year-old daughter’s pet mouse. Her mouse just died. Look I have to go. See you later.”

This year the concept of truth has been seriously challenged. The US election reflects this so clearly. Lies and half truths are shrugged off and many people seem to think its okay because (he didn’t really mean it) Confusing? Totally

Children seeking asylum, help, protection, safety have been let down by the powers that be.  And millions of refugees have poured into Europe seeking a different, a safer, a better life. Europe is flooded with the tides of change. And because we are One world, one people, we too must open our sleepy eyes to the reality that nothing is ever going to be the same.

And then there is a terrorist group who uses an anagram which is the same word as a well loved ancient Egyptian Goddess. 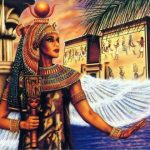 The Goddess Isis, whose origins stretch back, at the very least, 4500 years from the present, was worshipped as the ideal of motherhood, as a deity who cared for the plight of others, as one who would watch over travelers, and who was ‘Great of Magic’, being able to bring life to the dead.

Her influence was such that her worship continued for more than 3000 years, not only in Egyptian culture, but also by the high civilizations of the ancient Greeks and Romans as well. Even more confusing. 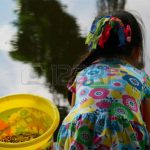 I remember not so long ago, my parents and my sister and I would go on holidays to Newport. Seriously, from the eastern suburbs to the northern beaches was our annual holiday. We would sit feet dangling off the jetty with our cork fishing lines and wait for a bite. It felt so far away from our usual life. I never could take the fish off the hook and as we sometimes had a bucket full of tiny fish I suppose my sister Donna was the brave one. Somehow neither of us realized that those little fish would die if left in the bucket for too long.  It came as a shock when we saw those little beings floating upside down.  I think our hearts were cracked open in that moment we realized we are responsible for these little watery beings’ demise.  And that’s the key, I believe to living a well lived fulfilling life.

Let your heart crack open, cry till there are no more tears, weep when words cannot express what you feel, sob through a good movie, cry with your lover, child, parent, friend, and then, hold the image of You in both hands, put yourself into your open heart and let sorrow, grief, loss and pain transform into love, truth, understanding, laughter and forgiveness.

May you have a gentle safe end to 2016 and may the light of 2017 be more brilliant than your wildest imagination.

This entry was posted in Being Here and Now, What Breaks Your Heart?. Bookmark the permalink.

2 Responses to What a ( confusing) Year!